Who is Retired Paws?

Once k9s retire, the financial burden of caring for them falls onto the handler or adoptive family. Currently, there is no program dedicated to the support of law enforcement canines once retired from service. Retired Paws lessens the burden to the individuals and families who adopt retired canines and assists in the high cost of caring for these canine heroes. The organization seeks to provide guidance, support and assistance to ensure quality of life for retired canines that have provided an invaluable service to their communities and country. K9s eligible for support from Retired Paws are those that are trained as dual purpose, detection, patrol and search and rescue for local, state and federal law enforcement departments.

A Letter of Thanks… 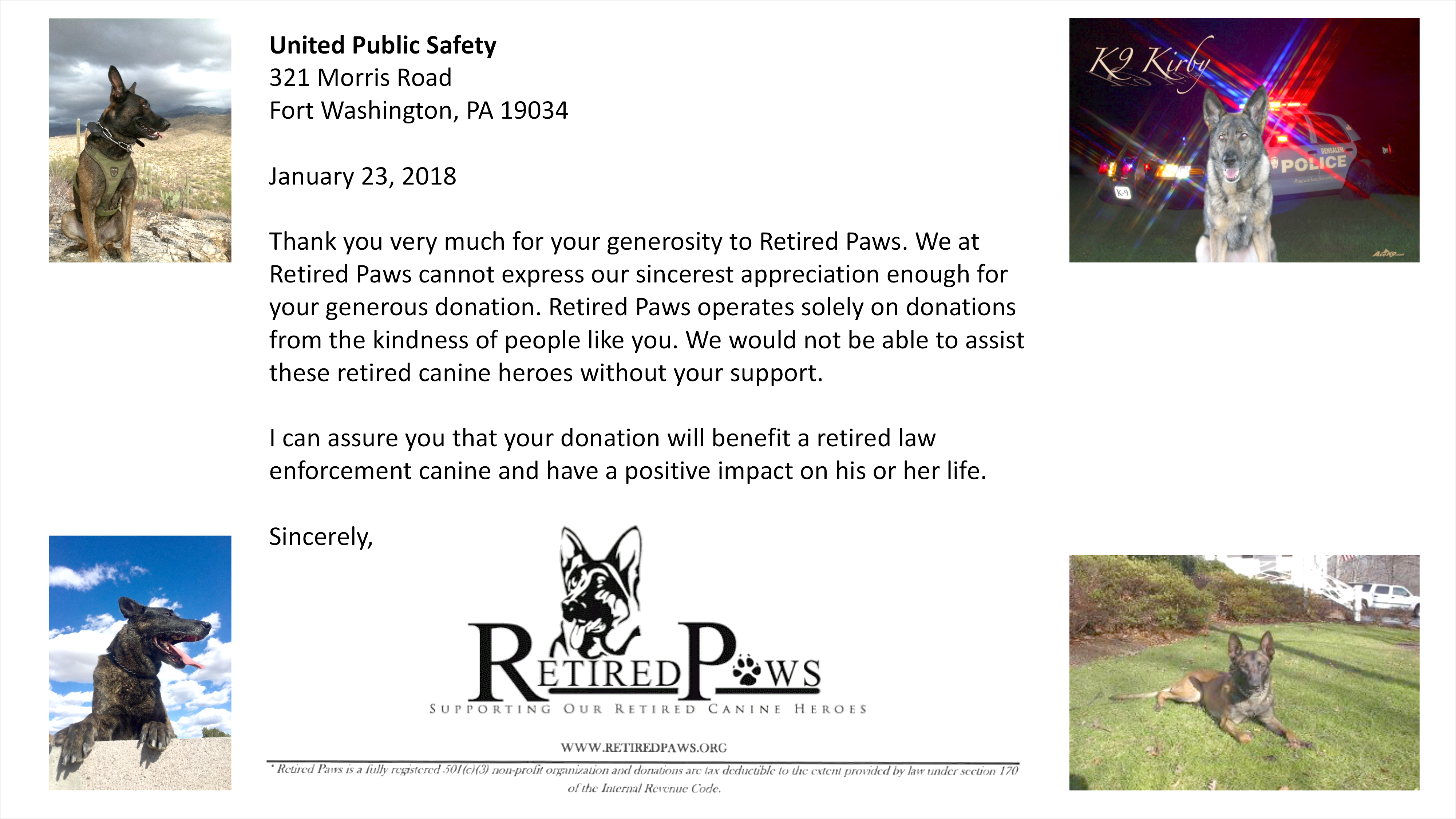 The Story of Nico

As a member of the Honolulu Police Department's Detection Unit, Nico was required to be in peak physical condition. After serving many years as a member of this unit, Nico suffered heat stroke and developed a condition that, if left untreated, would cause violent seizures. As a result, Nico was medically retired from the department and began his life as a civilian canine. 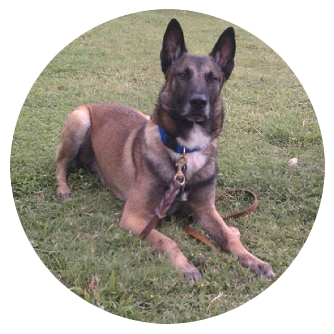 Already down on his luck, Nico was then faced with the grim realization that his former handler would not be able to become his adoptive owner. Luckily, a hero had been admiring him from afar. A local Marine was able to care for Nico, taking care of his monthly expenses for medication used to prevent his seizures. But Nico’s story is not one without its challenges. His Marine was soon deployed, and Nico again faced a situation where he may wind up on his own. However, that was not the case. Nico was sent across the country to live with the Marine’s parents in Pennsylvania.
This couple was more than a temporary home for Nico. They too admired his service, and this canine reminded them of their son, who was deployed and serving his country. They cared for him in a manner that they would care for their own son, but continuing Nico’s monthly expenses soon became a burden.
That’s when the couple reached out to Bill Akins and Retired Paws, who jumped at the chance to help not only a retired law enforcement canine, but also a Marine serving his country and his dedicated parents. Retired Paws, through donations, was able to pay for all of Nico’s monthly expenses, allowing him to live a full and happy life. Through this nonprofit, Nico was spared a life of pain and hardship, or worse, and granted a wonderful retirement.
The Marine’s parents were incredibly grateful for the assistance, perhaps more so than others. In Nico they found more than a dog, but a reminder of their son and the selfless heroism he exhibits on a daily basis. For each month that Retired Paws paid for Nico’s medical expenses, this quaint couple sent a handwritten note and a picture of Nico – on a Polaroid.
According to Aiken, the couple’s notes and photos made this case among the most rewarding in Retired Paws’ history. He could feel the dedication and gratitude in each envelope. “These dogs would give their life for you and you would do the same for them,” Aiken said. “Part of what I love about doing this is getting emails and cards that say, ‘Without you, I don’t know that I would have my dog anymore.’”

Unprecedented 24/7/365 support with no per-ticket costs and no revenue sharing.

We believe enforcement should be intuitive and cost-effective from start to finish.